As part of the Brazelton Tribal Touchpoints Initiative, up to two representatives from the four tribal college teams participating in The Wakanyeja “Sacred Little Ones” Early Childhood Education Initiative for tribal college early childhood education projects serving Native children and funded by the W.K. Kellogg Foundation will attend the Brazelton Tribal Touchpoints Institute April 22-27, 2012. The institute is specifically tailored for the Wakanyeja grantees.

The Brazelton Tribal Touchpoints and American Indian College Fund partnership will build on knowledge already developed at each grantee institution and will provide ongoing research-to-practice and practice-to-research programming, while acknowledging and drawing upon the strengths embedded in Native communities’ culturally based knowledge and expertise. 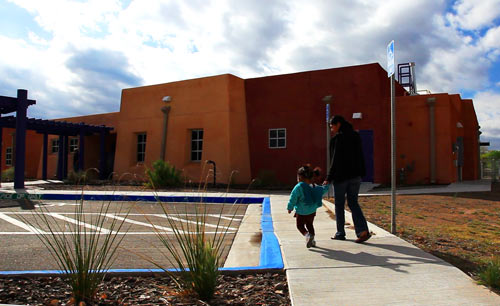 Highlights of the institute will include introducing methods for strengthening parent-child relationships; providing tools that help parents understand child development milestones; training teams in implementing Touchpoints modules in early childhood teacher education and professional development in Native communities; and providing ongoing support to teams in implementing and adapting the Touchpoints approach in culturally specific contexts to engage communities in strength-based approaches to child development, along with access to a network of organizations and collaborations in more than 100 communities throughout the country.

This is the second partnership developed specifically for the Wakanyeja ECE Initiative. Wakanyeja grantee teams will also participate in a two-week institute at Yale University in New Haven, Connecticut in June to identify three barriers to receiving a quality education and to create a program to address them.

The Brazelton Touchpoints Center®
The Brazelton Touchpoints Center ® strives to ensure the health and well-being of future generations by promoting healthy outcomes for infants and young children, regardless of their life circumstances. The Center is dedicated to optimizing family and community resources to build strong foundations for learning and development in the earliest years.