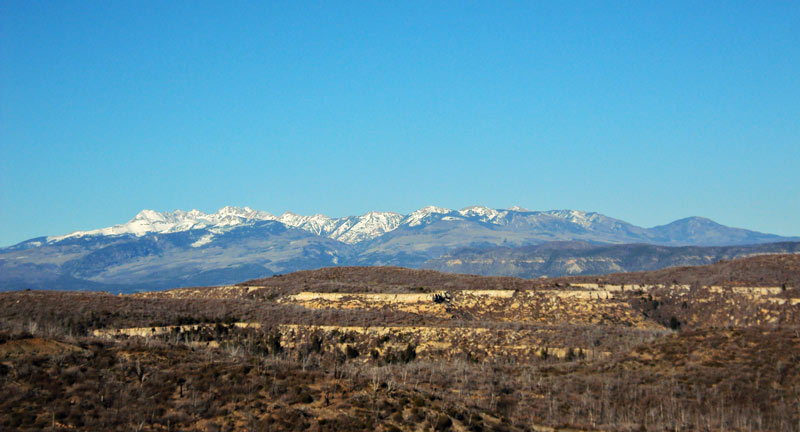 Skano, everyone, and greetings from Mesa Verde National Park of Colorado.  My name is Deanna and I believe some introductions and background information are in order.  I was born and raised all over Southern California on various reservations but I am enrolled in the Tonawanda Band of Seneca Indians of New York.  I have recently graduated from Southwestern Indian Polytechnic Institute (SIPI) with an A.A. in Liberal Arts and just completed my first semester at Fort Lewis College in Durango, Colorado where I am pursuing a degree in anthropology.  Near the end of the semester at Fort Lewis I was informed by my archeology teacher that there were internship opportunities available at Mesa Verde National Park.  I hadn’t a clue that this was the park that I had been waiting to see ever since I arrived at the Four Corners area and learned of the ancient cliff-dwellings built by the people my friends at SIPI referred to as the Anasazi.” 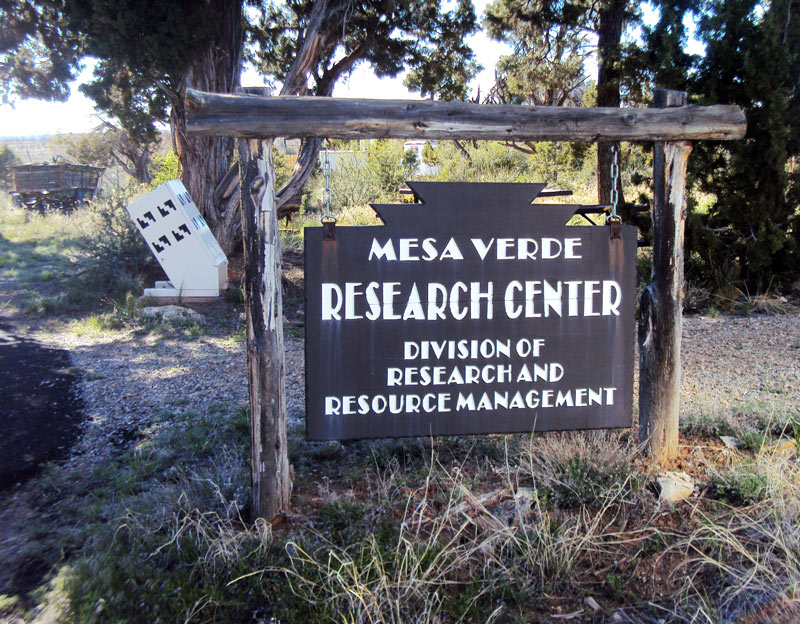 I obtained a list of the internship positions that were being offered this summer and was surprised to find they needed two Native American Graves Protection and Repatriation Act (NAGPRA) interns.  The Native American Graves Protection and Repatriation Act was passed in 1990 to eradicate the problem faced by Native tribes that had important ceremonial items and ancestral remains being kept in federal museums.  However this is just a simplistic analysis of the law.  I initially learned about NAGPRA in my Contemporary Native Issues class at SIPI and knew that I would eventually want to become involved in the process in some facet.

The great thing about this internship is that it us specifically tailored to working with NAGPRA compliance.  According to the description I was provided, interns were needed to assist in the “treatment and disposition of cultural items…which may include working with archeological and ethnographic collections, assisting with consultation meetings, assisting with the repatriation of human remains and cultural items, or administrative tasks”.   I was fortunate enough to have been chosen for this incredible opportunity.

I work in the Research Center which houses the collections and archives of Mesa Verde.  The curatorial staff are never with free time and usually are handling many different projects at one time, which is why having interns to handle projects that directly apply to NAGPRA is so valuable.  Having interns at the Research Center allows the staff to comply with NAGPRA law more quickly than usual. 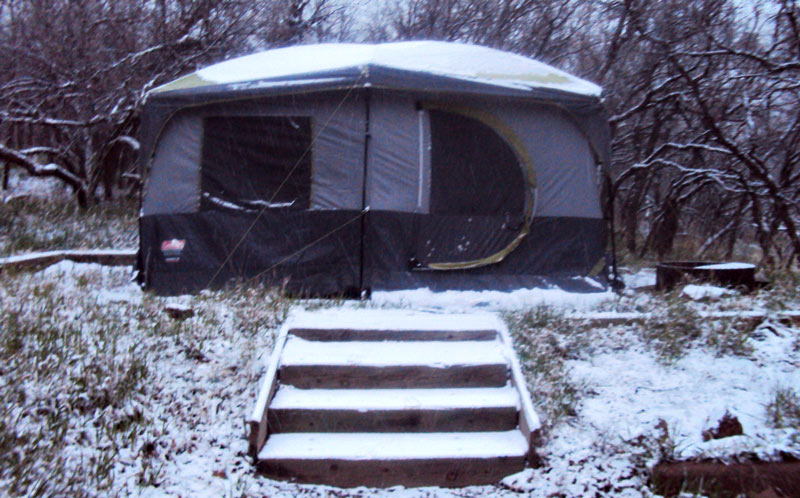 Camping tent gets hit with snow.

But before I delve into the all of the things I have been doing these past five weeks I would like to talk about my housing situation.

This internship DOES NOT provide formal housing, but offers a camp site (for tents) for the entire 10 weeks to each of the interns free of charge. If you happen to have a camper of some sort you will be charged for your hookups, which I believe is about 50 dollars a week.  The majority of the people who attend my school are very “out-doorsy” types who mountain bike, rock climb, and camp for fun.  I am most definitely not one of those people. My family can testify that I have never been much of a happy camper.  Since I am not a fan of paying to pretend to be homeless, I did not have a lick of camping equipment.  But I had no other option unfortunately, and when it came down to the internship starting, my only option was to camp. The park is roughly an hour away from Durango and I am without ANY transportation.  So I bought all of the materials necessary to camp and had my friends set up my brand new tent because I didn’t even know how to do that.

Even though I hate sleeping outside, that wasn’t my biggest concern.  During the mandatory pre-meeting with the interns I was informed that bears and other wildlife can possibly wander into camps because they smell food.  I already didn’t know how I was going to feed myself without a fridge and stove available, and now I had to worry about a bear or mountain lion trying to attack me because I smell like food or my body-wash was too appetizing!

I will post you on my duties, how I adjust to camping, and my life as an intern in a national park in coming blog posts.