Graduations on the Warrior Trail

Little Big Horn College Graduation at the LBHC Health and Wellness Center on May 11, 2012 in Crow Agency, Montana.

It is a great privilege when staff members of The American Indian College Fund are able to visit the tribal colleges and universities, as well as a chance to learn about our organization’s impact on Native communities first-hand. It is only my second visit to the state of Montana, and both times have been for The American Indian College Fund. During this visit, I have had the honor of attending and capturing the moments at the Chief Dull Knife College (CDKC) and Little Big Horn College (LBHC) 2012 commencement celebrations.

After arriving late Monday afternoon in Billings, I made the 100-mile trek trough the barren hills and tree-lined bluffs to the Northern Cheyenne Indian Reservation in Lame Deer. I checked in with CDKC’s president Dr. Richard Littlebear upon my arrival to campus and met with the staff of the Cheyenne Cultural Center in the log cabin building next to the Early Learning Center. It is here that I learned about the students and what big work this small campus doing in science, language, and in developing students’ trade skills. The area is overwhelmingly rich in history. 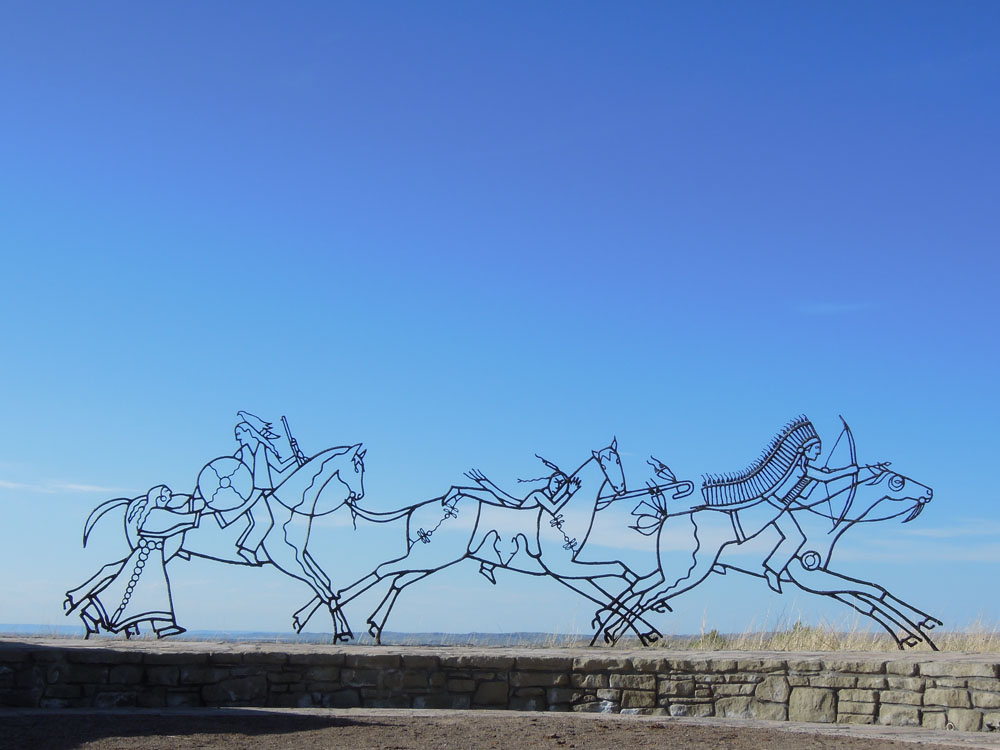 Inside the Cheyenne Cultural Center, you’ll find a model of the famous battle that bears the college’s namesake. The battle of Chief Dull Knife took place in Casper, Wyoming. The Cheyenne people fought hard but were defeated. This event signified a major turning point in Cheyenne history. Myna Seminole, the language specialist at the center, is an expert in the culture and in the oral history of the Northern band of the tribe.  Look for a PBS-produced learning tool over the next couple years telling the life story of a young Cheyenne boy growing up in the 1800s.

As I met and interviewed students, I discovered a number of them were working in the science lab. These students, trained by their late professor Bob Madsen, were doing an annual cleaning of the lab to get ready for summer research projects and other camps. They were among the only students on the campus and I found them to be intensely dedicated to what they do in light of the absence of their beloved teacher. There are some great stories about what they do and there is not enough room in this entry to go further. Watch this blog for future stories about their projects and discoveries! In the meantime, you can read more about these students, their research, their blimp, and chemistry experiments in the latest summer 2012 edition of the Tribal College Journal that hit the newsstands this week. 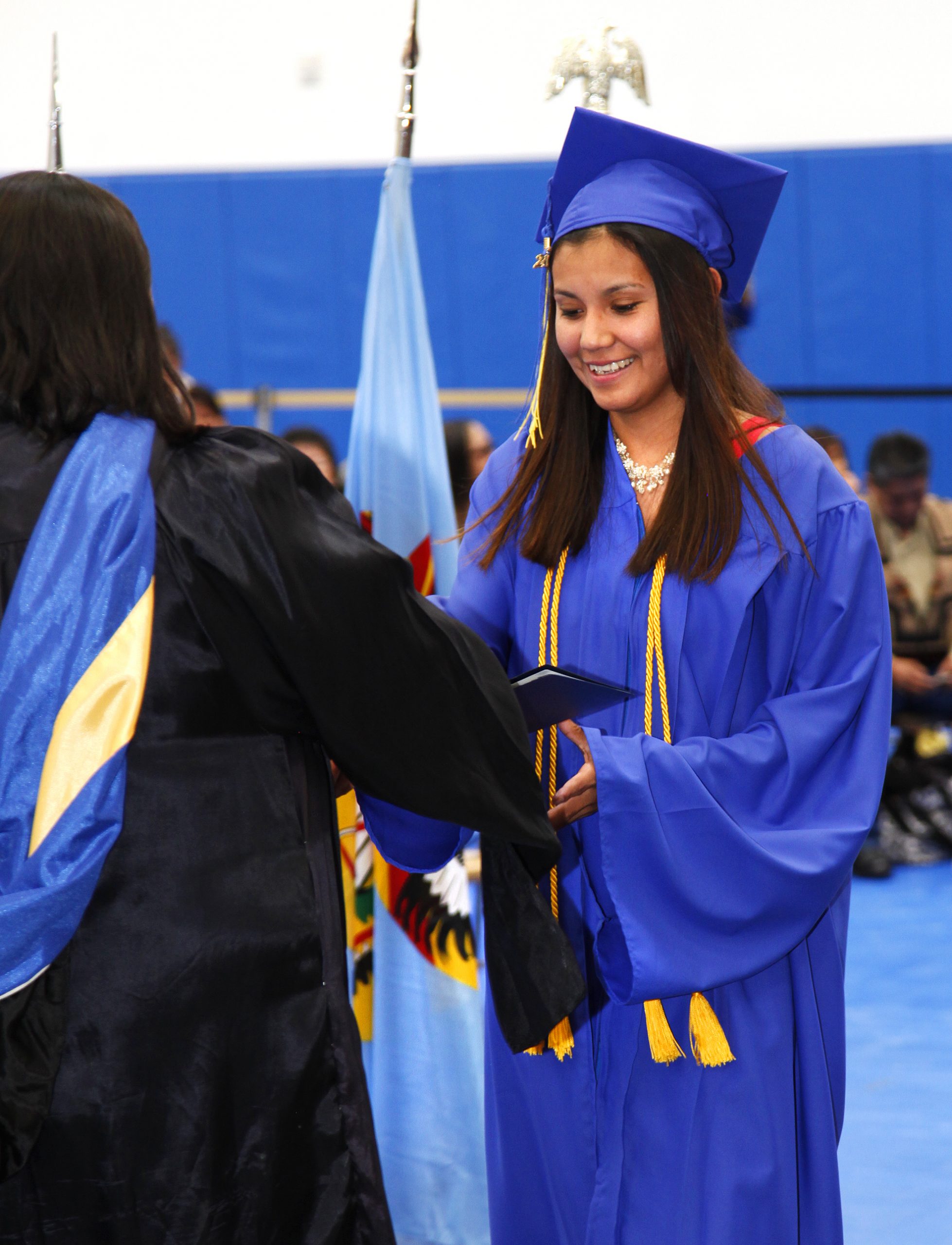 Little Big Horn College Graduation at the LBHC Health and Wellness Center on May 11, 2012 in Crow Agency, Montana.

On Tuesday, 20 students celebrated in the local high school gymnasium clad in their caps and gowns, some with their mortarboards elegantly decorated with traditional beadwork. Upon receiving their hard-earned degrees they plan to begin working in their various trades and some are even moving on to the Montana State University systems with a bachelor’s degree in their sights.

The gym was packed with family and community members, including 28 elders who were recognized as honorary graduates.  The commencement speaker William Mendoza, Director of the White House Initiative on American Indian and Alaska Native Education, said, “[By] what you have accomplished today you are changing what education means to our people.”

After meeting some great personalities and hearing some fantastic stories about a proud group of people, I left the Northern Cheyenne, rich in tradition and history.

I made my way back west on the Warrior Trail to the Crow Agency. I visited the Battle of Little Big Horn National Monument on my way to I-90 and I am looking forward to covering the graduation of Little Big Horn College tomorrow morning. I arrived today on the beautiful campus in Crow Agency and was greeted with a parade. I’m in awe of this community already.