The week of November 18-22, 2013 was declared National Tribal Colleges and Universities Week through a U.S. Senate Resolution presented by North Dakota Senators Heidi Heitkamp and John Hoeven, sponsored by 17 Senators and adopted by the Senate on November 14.

Tribal Colleges and Universities are remarkable institutions serving over 80% of Indian Country with 37 colleges that have 75 campuses.  Twenty thousand American Indian, Alaska Native, and non-native students attend these institutions in some of the most rural and remote areas in the United States.  Despite historical oppression of educational access and an extreme lack of adequate resources, Tribal Colleges and Universities graduate teachers, business leaders, nurses, and environmental scientists.  They lead the Nation in the development of programs focused on food sovereignty and wellness.  They promote the cultural and place-based knowledge of tribal people with inclusive and accessible resources and community outreach.

Why do Tribal Colleges and Universities matter?  Often we think back to the early days of the tribal college movement when our insightful and activist elders, spiritual leaders, and educators first began the journey that resulted in the successful tribal colleges of today.  In those days, our relatives aspired to at least be able to have their own people have an education beyond high school.  Their vision included workforce education and training as well as programs that taught the professional skills needed for tribal people to be in the jobs that existed on our reservations – the school teachers, health care providers, and the managers in the government offices.  They believed that tribal colleges could provide this training and education while being true to the tribal knowledge that they knew they had – the knowledge that come from the traditional ways, languages, and kinship of the people. 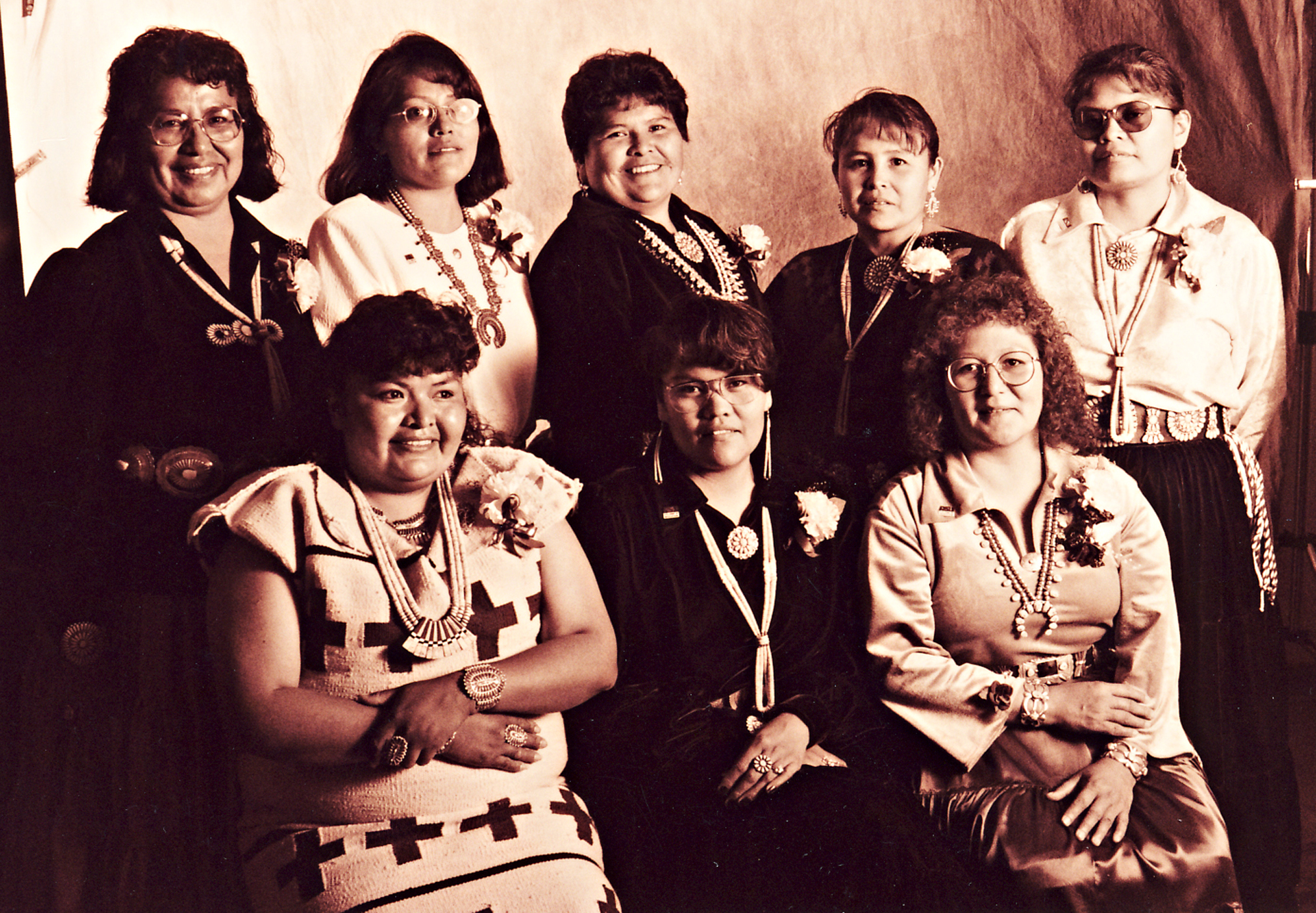 First class of baccalaureate graduates of Dine College, which marked its 30th Anniversary in 1998 as the oldest tribal college. Graduation day May 15, 1998. photo by John Running

Once Tribal Colleges and Universities were founded, the doors to the intellect and passion of tribal people were flung open, and streaming through those doors came all of the pent-up desires of the people for their own education, their own languages to be taught, and for their own people to be the teachers.  Suddenly the founders and the staff and students of the Tribal Colleges had no boundaries – their aspirations soared on the prayers of the people and the dreams of students and their families.  As the founder of Sinte Gleska University, Stanley Red Bird, Sr., often said, “this is the way it must be,” acknowledging that the Tribal Colleges had no choice but to be everything to the people they served.

Literally thousands of Indigenous people suddenly had access to an education of their own making – they could go to school with each other, in safe places, learning what they needed to know to take care of themselves and their families, and to manage and grow the resources of their Tribes.

Tribal Colleges and Universities are evidence of the ability of Tribal people to dream, design, and lead their own educational institutions.  They are evidence of our cultural and intellectual knowledge and of the strength of our vision with the help of the Creator.

Tribal Colleges and Universities matter to every student who ever walked through the door – to sign up for one class or many, to finish part of the semester or to walk across the stage with a degree.  A formal education was not taken for granted by our ancestors who have gone before us, by the founders of the tribal college movement or by the students of today.  A Tribal College education is a dream come true.

Manuutuli at her graduation from Northwest Indian College in May 2012.